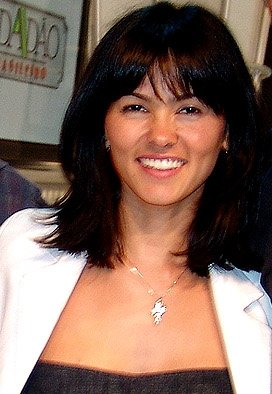 Suzana Ferreira Alves or Tiazinha ("Auntie") (born São Paulo, August 3, 1978) is a major Brazilian sex symbol. The issue of the Brazilian Playboy that featured Tiazinha is one of the best-selling ones of all times for the Brazilian edition of the magazine.

She also released an album and starred her own action adventure TV-series, ''As Aventuras de Tiazinha'' (The Adventures of Tiazinha).

She appeared in four episodes of "Amigas e Rivais" during 2007. Provided by Wikipedia
Showing 1 - 2 of 2
Search Tools: Get RSS Feed — Email this Search —
﻿